This Thursday we celebrated Veteran’s Day. Originally known as Armistice Day, Veteran’s Day is a federal holiday observed each year on November 11 to honor all of those who have served in the U.S. Armed Forces. Distinct from Memorial Day, Veteran’s Day celebrates the service of U.S. military veterans, while Memorial Day honors those who died in military service. Veteran’s Day holds a special place in my heart, not only because my father served in the United States Navy, but also because the events of September 11, 2001 inspired a childhood friend and me to establish the Salute Military Golf Association (SMGA). While I grew up listening to my father’s stories about freezing his tail off while running radar and serving as an electrician on a Navy frigate in the Bering Sea during the Cold War, where he was a witness to history being the first person to hear Sputnik come across radar, the SMGA has given me the opportunity to meet hundreds of American veterans. In addition, my work with the SMGA led me to develop working relationships with the George W. Bush Center and Bush Institute, most notably on the condition of Post-Traumatic Stress Disorder (PTSD). In brief, the SMGA (www.smga.org) incorporates the game of golf into the mental and physical rehabilitation programs of post-9/11 veterans, wounded or injured in support of the global war on terror. The SCOA Foundation has been one of the SMGA’s most reliable partners. Through financial support, the SCOA Foundation provided the means to enable numerous veterans, who might otherwise never had the opportunity, to take part in SMGA programs and recover from their injuries. Yesterday, the Bush Institute held its annual Warrior Open golf tournament. Several veterans, including Staff Sergeant Christopher Burrell, Sergeant First Class Ramon Padilla, and Captain Tyson Quink, who directly benefited from SCOA Foundation resources, participated. To learn their stories and follow their progress, please visit this link:

Conference Board: U.S. Economic Outlook. The short-term forecast is that U.S. GDP growth will slow to 3.5% in Q3 vs. 6.7% in Q2, and that 2021 annual growth will come in at 5.7% (year-over-year). This forecast is a downgrade from the September outlook and incorporates the larger-than-expected impact the COVID-19 Delta variant has had on the economy. Looking ahead, the forecast is that the U.S. economy will grow 3.8% in 2022 and 3.0% in 2023. Consumer spending will be a key driver of growth in 2021’s fourth quarter, but recent declines in consumer confidence related to a resurgence in the pandemic muted consumption’s contribution to GDP growth in the third quarter. However, as the severity of the Delta wave ebbs, spending on in-person services are expected to accelerate in the final months of the year. Bottlenecks in global supply chains made it difficult for businesses to keep up with elevated demand for many goods earlier this year, resulting in a sharp contraction in private inventories. This trend should reverse over the coming months as the holiday season approaches and private inventories should rebound. However, the pace of restocking will be slower than previously anticipated as the Delta variant has hindered manufacturing and shipping activity in key economies around the world. Inflation risks remain high as businesses and consumers continue to grapple with the impact of the pandemic, with inflation rates remaining high through the end of 2021 and into early 2022. Recent increases in energy prices will also keep inflation from falling more rapidly over the winter months. Longer-term, potential U.S. GDP will expand at an average of 2.1% in the five years that immediately follow the pandemic (2022 to 2026). Beyond that, potential U.S. growth rates will slow to an average of 1.8% from 2027 to 2031.

Eurasia Group: Build Back Better Could be a 2022 Project if Democrats Cannot Bridge Rifts. Passage of the bipartisan infrastructure bill (BIF) sets up a full-time focus on the second stage of President Biden’s fiscal policy: a more ambitious social spending bill that will attract none of the bipartisan support that infrastructure did. The next signpost to watch will be in the House, where moderate Democrats promised their progressive colleagues that they would support the framework for a social spending bill as soon as they got a cost estimate from the Congressional Budget Office. The cost estimate is likely to show that the bill is more expensive than the $1.75 trillion targeted by the administration. A higher estimate could give moderates an excuse to renege on the deal and delay House passage into December. Regardless of what happens in the House, the Senate will rewrite the bill to appease conservative Democrat Manchin, who has objected to efforts that mask the true size of the bill. Although there is no hard deadline for passing the social spending bill, most analysts expect it to be done by Christmas. The risk scenario is that the ill will between moderates and progressives in the Democratic Party will continue, forcing the bill to slip to next year. A slip into 2022 is more likely to materialize if President Biden receives no bounce in approval following passage of the infrastructure bill; voters may be more likely to focus on immediate high energy costs instead of new roads projects that will not materialize for years. 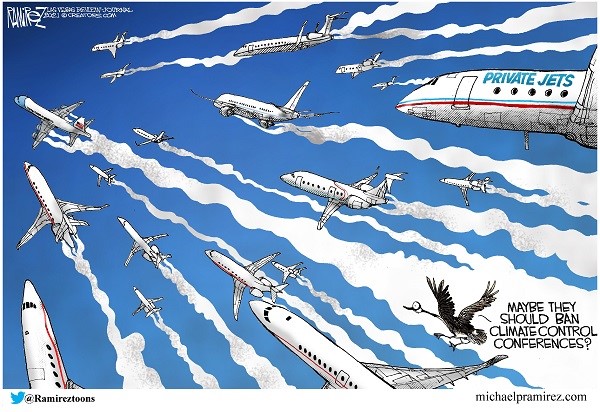