I recently came across the movie The Breakfast Club. Simple Minds’ lyrics from the film—“Don’t you, forget about me…Don’t, don’t, don’t, don’t…Don’t you, forget about me”—immediately take me back.  We’ve all felt it. That pining for bygone days. A desire to return to the way things were. Nostalgia typically ascends with warm feelings, from a cherished memory, an aroma, or even favorite song. But that deep feeling of familiarity and belonging can also shape-shift into longing, loss, or frustrated desire. Nostalgia often melds both the positive and negative, and that’s what I heard in Rep. Stephanie Murphy’s (D-FL) voice as she addressed an intimate group of lobbyists and analysts, organized by the global strategy firm Capstone DC, to give a moderate’s take on the 2022 legislative agenda. If you’re not familiar with her, Rep. Murphy is the first Vietnamese-American woman to serve in Congress. Her family fled Communist Vietnam in 1979, when she was just six months old, and the boat they were traveling on had to be rescued at sea by the U.S. Navy. Largely due to reapportionment and redistricting, which is redrawing Florida’s Seventh District, Rep. Murphy has decided to retire from Congress. What follows is a review of her comments.

According to Congresswoman Murphy, the bipartisan infrastructure bill (BIF) signed into law last year is producing tangible results in Florida and across the country. Whether the Build Back Better (BBB) bill ever gets through the Senate is unclear, with inflation now being the bill’s largest hurdle. The only real chance the bill has to come back from the dead would be for the White House to first acknowledge that massive government spending is at least partially responsible for current inflation. To build trust, President Biden needs to level with the American people, explain that Covid relief, which juiced the economy and spurred inflation, was necessary to blunt the impact of the pandemic. Another obstacle for the BBB is this year’s short legislative calendar. As a result, anything that passes out of the bill will be narrow and focused on reauthorization, not new spending. For climate/green provisions from BBB to have any chance, they need to be separated from the social agenda in the bill. Unfortunately, progressives are too interested in the purity of the legislation, and do not recognize that this may be the one/best chance to pass a climate bill. The House’s COMPETES bill, companion legislation to the Senate’s USICA, and Congress’ effort to address competition with China, was deeply anti-trade and included an investment committee that could have allowed the federal government to block private investment overseas as “not in the interest” of the U.S.. It was for this reason that Rep. Murphy was the only Democrat to vote against the bill. She believes that Democrats voted for the bill because they are hostage to unions, and for the USICA/COMPETES bill to pass there will have to be a nod to labor. In the end, the Senate version is a good bill, and changing its name to the “Make it in America” bill has made it harder to vote against. There is a low probability that another Covid relief bill will pass, for no other reason that Governors are moving on from the pandemic. Because the states still haven’t spent previously provided cash, there will not be the votes to pass additional funding. Overall, it will be 6-8 weeks before the Senate can pass anything due to Sen. Lujan’s stroke; Democrats need the full 50-50 strength to pass any legislation. Beyond this two month period, will be a very narrow window to pass any legislation beyond appropriations. Looking back, one major frustration is that too many Democrats in Congress believe in Modern Monetary Theory, the notion that unlimited amounts of money can be spent with zero consequences. The upside of the current bout of inflation is that it is debunking this progressive view. There is bipartisan support in Congress to being anti-China; the real concern though is that this will lead to bad legislation. Policymakers will support actions just because they are “tough on China,” without analyzing the policy implications. Continued tariffs, which are no more than a tax on American businesses and individuals, is a case in point. Unfortunately, Democrats no longer want moderates in the party; they would rather increase the progressive caucus than hold a lasting majority. The march toward authoritarianism exists on both sides of the aisle. Take the vote against Reps. Cheney (R-WY) and Kinzinger (R-IL) by the RNC on one side and the spending of millions to primary moderate Democrats on the other side. The January 6 Committee’s story will come out this summer; the hope is that it is taken as truth in a country with so much mis/disinformation. The bottom line is ‘thank goodness’ for Vice President Pence. No more would we want a Vice President Pence to change the outcome of an election than we would have wanted a Vice President Gore to do the same in 2000. The inability to pass climate legislation, and gridlock in general, is ultimately a failure of leadership and a failure to reset priorities. What is needed is for the White House, Leader Schumer, and Speaker Pelosi to say, “let’s take a win.” Unfortunately, there is too much of a “never enough” crowd in the Democratic House. Leadership needs to be strategic enough to pull several Republicans over to blunt the “never enough” crowd. Real leadership would be needed to do this, but it doesn’t currently exist. Full disclosure, I have met Rep. Murphy personally and lobbied her directly on several occasions. She is one of the few free-trade voices in the Democratic Party. The Party, and Congress, will lose a good one with her departure.

The Eurasia Group’s Ian Bremmer: How Corporate Leaders Should Approach Polarized Politics. Whether it be U.S. vs. China, red state vs. blue state, or some other intractable issue of the day, global and U.S. domestic politics are antagonistic, devoid of trust, but interdependent with business. Corporations intent on conducting their operations across the broadest possible markets are increasingly uncomfortable as the divisions only seem to widen. It’s one thing to localize a firm’s message, it’s completely another when stakeholders demand messages in opposition to one another. What is a C-suite executive to do—engage more, create a report card of public positions, brand the company as a key stakeholder on big global issues? A company doesn’t need a foreign policy per se, primarily because no matter how dysfunctional domestic politics become and however fraught the international environment is, the interests of nearly all corporations remain aligned with less divided politics, not more. Unfortunately, in times of the greatest political division, political leaders maximize influence by leaning into division. Despite this, business has an interest in engaging government to capture the regulatory environment at the very least. While Business and political leaders are largely pursuing fundamentally different core strategies, if there ever was a time for a business leader to embrace a broad political agenda, this isn’t it. Instead, this “business of politics” checklist may be thought provoking (the full text of the list is available through the Washington office): (1) Fully engage: when a political issue is core to your business model; (2) Fully engage: when one side of a political issue is going to change the game; (3) Principles matter, but typically not those of the CEO, or even the founder; the first thing to do is understand if it’s critical to employees; (4) Don’t be the last one standing on an issue; (5) No virtue signaling: making political statements without commitment to action isn’t a strategy; it’s better to not play at all; (6) Accept yours is not “just a business;” and (7) Know when your business is the exception.

Competing Priorities Exist Within the Administration Says Capital Alpha. The Biden administration is highly centralized, and those closest to the president tend to call the shots. Consider that in the battle over climate policy, it was White House insider and climate czar McCarthy in favor of the solar exemptions versus USTR Tai against it. Tai is universally well-regarded and, to a degree unique among Biden cabinet appointees, liked and respected by Republicans on the Hill. However, she is a relative outsider within the Biden administration itself. Similarly, on broader China policy, Tai has been at odds with White House insider and Biden National Security Adviser Jake Sullivan. Sullivan favors expanding, or threatening to expand, the Trump administration’s Section 301 tariffs against China, while Tai wants to start winding them down. The disagreement, long rumored in Washington, recently became public in an Axios news piece. So far, Tai has managed to resist Sullivan, but the result has been gridlock on China trade policy.

Advice from Democrats to Democrats…in the National Journal. When it comes to the pandemic, President Biden is leading from behind. The administration’s inability to appreciate the widespread political frustrations over indefinite COVID regulations is costing the president goodwill he could receive in the wake of Omicron’s retreat. Already, many blue-state governors have moved to end regulations, and when liberal governors have stopped waiting for the administration to face political reality, it’s evident the White House hasn’t broken free from a public-health bureaucracy that has lost the trust of the public. Democratic Party leadership is also starting to talk more aggressively than the White House about returning to normalcy. The rhetorical shift comes as national polls underscore growing frustrations. A Monmouth poll showed that 70% of respondents agreed that “it’s time to accept Covid is here to stay and we need to get on with our lives,” and the public’s view of federal health agencies dipped into negative territory for the first time, with 47% believing they’ve done a poor job. The challenge for the Biden administration is that the single political faction still calling for continued regulations, progressive Democrats, makes up a sizable chunk of its base. While a majority of Republicans and Independents want to lift restrictions, the Monmouth poll found Democrats evenly divided on the question. And while Axios found that a majority favored opening up, a remarkable 32% of Democrats actually wanted more restrictions put in place. It’s surprising that more Democrats aren’t using this opportunity to distinguish themselves by calling for a post-COVID pivot. For Democrats looking to run ahead of a struggling president in the midterms, it would be smart to move on from the pandemic. What is holding them back is the party’s activist class; now, is the time to cut bait.

“I’m not interested in taking anything from anyone. What I want to make sure that we do is defend the Second Amendment.”

–O’Rourke, earlier this week, while running for Texas Governor. 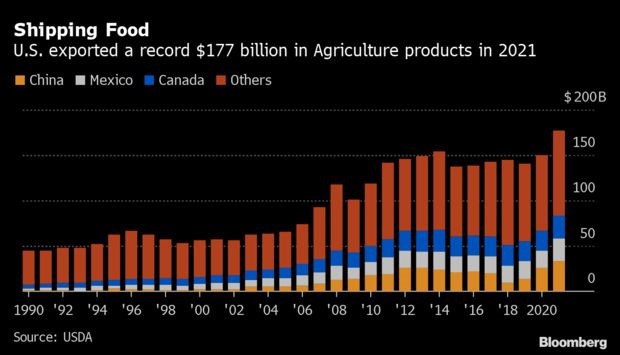