A business trip took me to Minneapolis in October 2008; a delayed flight and missed connection had me ordering off the late night dinner menu at a near empty hotel bar. It was a month before the presidential election between Sen. Barack Obama (D-IL) and Sen. John McCain (R-AZ), and the campaign was in full swing. As I chatted up the bartender, a tour bus pulled in front of the entrance. A stampede of roadies, engineers, and musicians headed straight to the elevators, but one figure took a seat a barstool away. We made small talk, and realized we were both from D.C. He introduced himself simply as Cope, and we ended up talking politics and policy. Citizen Cope is a musician who at the time was a hot ticket, the result of his song, Let the Drummer Kick, being featured in two movies and an Acura commercial. It was readily apparent we were from opposite sides of the aisle, but the conversation was cordial and thoughtful, and each of us came away from it with fresh perspective, at least I did. While it’s not every day one has a chance meeting with a rock star, that our conversation was devoid of any viciousness didn’t seem all that unusual. Unfortunately, in 2021, it’s the rare political conversation that doesn’t devolve into jabs, name-calling, and/or what-about-ism. Why? In an earlier post, I talked about some of the dysfunction in Congress being the result of the failure to follow regular order (see October 28). Without a doubt, I believe much of the coarseness in our political dialogue stems from gerrymandering. Named after Elbridge Gerry, fittingly a Democratic-Republican, gerrymandering is simply the manipulation of boundaries of an electoral constituency in order to favor one party over the other. The practice is widespread at the state and local levels; for instance, Republicans practice it in Texas and Democrats do the same in my home state of Maryland. While I realize the temptation behind gerrymandering is all about power politics, in practice, it forces the parties to play to the extreme of their bases (in last week’s post, Andrew Yang spoke to this inherent problem in our nation’s duopoly). We’ve heard contemporary political leaders speak to the need to fundamentally change our system. However, our system is not the problem. Gerrymandering leads to the election of artificial representatives, while the retreat from regular order circumvents checks and balances and ultimately bipartisanship. In the end, our political discourse will not change until we, as voters, demand better of our politicians on both the left and the right.

American Enterprise Institute (AEI): Why the Fed is Destined to Raise Interest Rates Next Year. During Congressional testimony, Federal Reserve Chairman Powell suggested that the Fed is likely to announce a faster pace at which it will reduce its bond-buying program; in fact, it is unlikely that even disappointing job numbers will stop the Fed from tapering more quickly than it is currently doing. The Fed’s dual mandate requires that it direct policies to secure both price stability and maximum employment. With inflation running at its fastest rate in decades, and at a rate more than double the target, there is no doubt that the price stability objective is in jeopardy. In truth, even Mr. Powell concedes that high inflation is proving more than “transitory.” Reports that wages are increasing by 4.8% is just another cause for concern. Subject to greater debate is whether the Fed will attain its maximum employment objective. Recent job numbers paint a mixed picture. When nearly 4 million are still to return to work, job growth of just 210,000 suggests that the pace of job creation might be slowing. At the same time, employment numbers show that the participation rate is increasing and that unemployment is down to 4.2%, the latter being not much different from where it was pre-Covid. In assessing monetary policy needs, the Fed will take into account how easy its policy remains, particularly at a time when the recovery is on track and the economy is receiving its largest peacetime budget stimulus on record. Inflation is now running at more than 4%, as measured by the Fed’s favorite index, and the central bank is maintaining a zero-interest rate. The question becomes: does such a policy remain appropriate when inflation is running at a three-decade high and showing no sign of slowing? It is very unlikely that somewhat disappointing unemployment numbers will stop the Fed from announcing a faster pace of tapering at its December 14-15 meeting, paving the way for interest rate increases before the middle of next year.

Global Business Alliance (GBA): Foreign Direct Investment (FDI) Trends. The GBA is out with its latest FDI report, and it highlights the impact different policies may have on international investment. In the manufacturing sector, California leads all states with more than 236,000 workers employed by foreign subsidiaries in manufacturing roles. As a share of total private sector employment, South Carolina leads the nation in its percentage of jobs created by inbound FDI, followed by New Hampshire, New Jersey, Michigan, and Kentucky. Minnesota has seen its FDI-fueled workforce grow the fastest of any state over the past five years. Nationwide, foreign-headquartered companies invested $164 billion in the United States last year. In fact, global companies employ nearly eight million American workers, pay 18% higher wages and benefits than the U.S. private-sector average, and global companies created 69% of all new manufacturing jobs in the U.S. over the past five years. Analysis of FDI impacts on all 50 states are available on GBA’s website at: https://globalbusiness.org/in-your-state. Highlights include:

It’s holiday season, and despite Delta and Omicron, in D.C. that means end-of-year galas and annual dinners. This past week, The Gridiron Club held its event where two big-name politicians, former New Jersey Gov. Christie and, my Congressman, Rep. Raskin (D-MD), belted out a series of quips. Among the best were:

–Gov. Christie on the GOP: “I’m hopeful for the future of my party. I mean, just look at Virginia, Glenn Youngkin won the governor’s race, by benefitting from the Trump name without ever standing in the same room as him. You know who he learned that strategy from? Melania Trump, actually.”

–Gov. Christie on President Trump, part 1: “I joke about Donald. But, I’m still really proud to have provided some help to his administration. I mean, I gave him my undying loyalty, and as we learned this week, he definitely gave me Covid.”

–Gov. Christie on President Trump, part 2: “I was a little worried that Donald would be upset when he read my new book. But then I remembered: It’s a book, no chance.”

–Gov. Christie on the BIF: “I’m kidding with Joe and Kamala…I’m supportive of some of the things they’ve done. Let’s take the bipartisan infrastructure bill. It’s badly needed. If you think I don’t know it, believe me, I do: You should see the way the bridges get backed up in New Jersey.

–Rep. Raskin on Christie’s critique of Trump: “I’m a big fan of your work, governor. At a time when Donald Trump has turned your party into an authoritarian cult of personality, only one Republican with a national profile has had the guts to stand up to him to try to ‘rescue the party,’ as you put it in your new book. So, from the bottom of my heart, I want to say: Thank you, Liz Cheney.”

–Rep. Raskin on the House GOP: “I try not to mention Liz Cheney’s name in public, because she drives Marjorie Taylor Greene and Lauren Boebert berserk—although, admittedly, that’s a pretty short trip.”

–Rep. Raskin on the anemic sales of Christie’s book: “I encourage everyone here to check out the governor’s book, which you can still be the first to order on Amazon.”

–Rep. Raskin working the crowd: “I see the great Alan Greenspan is here tonight. I was going to ask the amazing Andrea Mitchell if we could find out what it’s like to be Alan Greenspan’s one true love, but she said Ayn Rand wasn’t available.”

While every Speaker has been a member of the House, there is no rule requiring one to be so. Members may vote for any individual, and in the past, votes haven been cast for former members of the House, sitting Senators, and others (former Secretary of State Powell received votes for Speaker on more than one occasion). Although unlikely, there is nothing to prevent the House from electing a former President as Speaker. The only person to serve as Speaker of the House and then serve as President was James Polk. 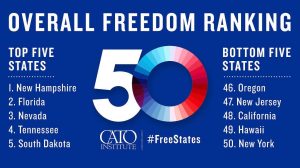