Bark Social is a new concept in my neighborhood. In one sense it’s a typical outdoor dog park where Frenchies, Doodles, and Labs chase each other freely off leash. In another, it’s a brew pub with 21 taps of local craft beers, seltzer bar, and food service. Owners can sit at high-tops or in Adirondack chairs and pass time or check out the latest sporting event airing on one of the many flat screen TVs. It’s a relaxing environment and a great way to open a weekend on a Friday night; so, I wasn’t prepared when a neighborhood acquaintance asked me what “woke” meant, exactly. I thought I knew and said something along the lines of acknowledging social awareness in terms of things such as race, gender, or ethnicity. In fact, the Oxford English Dictionary defines woke, in its politicized context, as being “alert to racial or social discrimination and injustice.” While I’m not sure if my explanation or the dictionary definition answered her question, upon further reflection I don’t think either characterization places the term in the context in which it is now most often used. Whenever I hear woke or one of its many iterations uttered, there always seems to be an underlying sense of judgment, evaluation, and desire to create division that comes along with it. In terms of policy, rather than view people as individuals with the capacity to make their own decisions based on free choice, those in today’s woke political crowd seem to demand that subjective feelings, primarily of marginalized groups, be the basis for policy. There is no examination of whether the feelings are merited or justified, only that policy must be shaped to assuage those feelings. Today, the woke crowd holds that policy solutions geared toward the equality of individuals under the law is not enough; what we really need, they say, is a completely new set of policy actions that lead to equitable outcomes in every instance regardless of context. Although this may sound like an esoteric philosophical debate, its outcome will have ramifications for business. Companies may find it ever more treacherous to navigate the balancing act between the laudable goal of diversity and inclusion and the potentially self-destructive pursuit of equity, which subordinates the individual, elevates the identity “du jour,” and in turn kills self-motivation, intrapreneurship, and profit.

Trade Analyst Laura Chasen: Buy American is on the March. Although the Biden administration made it known that Buy American would play a central role in its economic policies, the White House signaled this week that it intends to go beyond even its recent initiatives to beef up domestic content in government purchases. Their latest fact sheet holds that “today’s notice of proposed rule-making marks just the first set of proposed reforms to procurement policy…to ensure taxpayer dollars help America’s businesses compete in strategic industries and help ensure America’s workers thrive.” According to the fact sheet, the actions represent the biggest changes to the Buy American Act in almost 70 years, would increase US content in the products the federal government buys, and will support the domestic production of products critical to national and economic security. Ironically, prioritizing Buy American clashes with other administration interests—promoting green energy, channeling government spending toward social programs, and enhancing cooperation with allies. Consider that costly government-funded renewable energy projects will not be as ambitious if cheaper solar cells and wind towers made abroad cannot be used and that local content requirements will raise costs and leave less money available for addressing social concerns.

Charlie Cook/National Journal: Will the 2022 Midterm Election be a Referenda on the Incumbent President? It is no secret that the party holding the White House has lost House seats in 36 of 39 midterms since the Civil War and Senate seats in 19 of 26 midterms since the direct election of senators began in 1914. Some analysts chalk this up as a simple case of voters, more often than not, being unhappy halfway through a presidential term. This assumption that the midterms are largely a referenda on the current occupant of the White House is fine when the president is unpopular with low job-approval ratings or is popular with high approvals. However, in today’s era of evenly divided parties and straight-ticket voting, when a president’s numbers fall somewhere in between, make forecasting a midterm’s outcome much less certain. At this point, President Biden’s job approval ratings hover in the 51 to 52 percent range. If a president’s approval numbers don’t shine much light on the probable outcome, what does? One idea is that Americans are rarely motivated to vote by positive feelings for a politician, especially an incumbent, and are more likely to vote based on anger, outrage, regret, or fear. Operationally, this tendency supports the theory that voters of a party that loses the presidency are more motivated to vote in the midterm election that follows than those on the side that won. They are angry and want revenge for the loss. Add to this Republican reapportionment and redistricting advantages as well as new voting laws in Republican states, and Democratic fears surrounding the upcoming election seem legitimate. However, the reality is that a party that holds a Senate majority by a mere tie-breaking vice president vote and is only five seats from losing their House majority, has many things to fear beyond just a disparity in energy level that will work to their disadvantage. This election is one that will likely line up with historic patterns in a decisive way.

IIF: U.S. Supply Chain Disruptions Will Last Longer than Consensus Forecasts. The Institute for International Finance (IIF) points out that the recent inflation spike is often dismissed as a purely supply side phenomenon, where temporary supply chain disruptions are slowing economic recovery. However, US supply chain disruptions are far more severe than anywhere else globally, both in terms of delivery times and in the mark-ups firms charge consumers. The fact that the US stands out says a lot about demand rather than supply, namely that it is extremely strong US domestic demand that is driving the supply disruptions. Therefore, supply chain disruptions have a substantial demand-side component and make them potentially much longer lasting than the consensus view holds.

“This asset class is ripe with fraud, scams and abuses in certain applications,”

Former Colorado Gov. Dick Lamm (D), who passed away last week, played a notable role in Olympic history. While serving in the state House, Lamm led the effort to resist staging the 1976 Winter Olympics in Colorado after Denver bid on and won the games. Voters rejected spending public money on the project and the Olympics were relocated to Innsbruck, Austria, which had held the 1964 Winter Olympics. 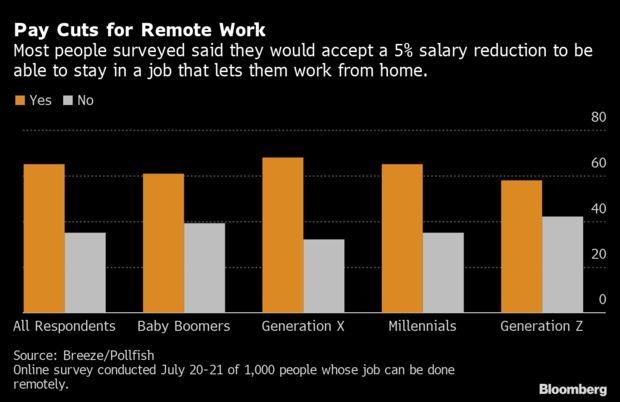