The conventional wisdom in Washington had long been that a bipartisan infrastructure bill (BIF) would eventually pass the Senate along with the White House’s budget resolution. So, it was no real surprise when 19 Republicans joined Democrats in passing the Biden administration’s $1 trillion infrastructure proposal, and the budget resolution passed along party lines, before the Senate headed for its August recess. What was unexpected was the amount of attention an obscure crypto-tax provision received in the BIF negotiation’s final moments. Included in the legislation is a crypto-tax provision that seeks to raise as much as $28 billion as a “pay-for” for the additional government spending outlined in the bill. What’s important in this tale is not so much that the reporting requirements around the provision are untenable or that the provision is technically impossible to comply with; that there was confusion among lawmakers about what the term “broker” would actually mean; that a series of competing amendments to the provision were never adopted; or even that a bipartisan group of House members has already declared to scale back the cryptocurrency tax rules in the Senate bill. What’s significant is that the bi-partisan backlash against the crypto pay-for heralds a milestone for cryptocurrency’s path to mainstream acceptance. Regardless of the bill’s outcome, the debate in, and around, the Senate proved telling. Not only did crypto users emerge as a powerful grassroots political constituency, a group of senators grappled with esoteric tech concepts, signaling a growing understanding of the stakes going forward. From a D.C. lobbyist’s perspective, the inclusion of a last minute crypto-tax provision in the bill demonstrates why companies and industries need to engage with Congress directly from the very beginning of a bill’s initial concept; that is, before a bill is even drafted or marked up, which is much too late in the sausage making process to effect change. That the crypto community was caught somewhat flat-footed with a last minute amendment demonstrates why constant engagement with the Hill is necessary. Second, that the crypto community was able to coalesce and act so quickly, nearly having an impact, is a sign that they will likely become an active and influential player in Washington. Just as tech, online gaming, and gig service companies once shunned Washington’s swamp, only to become active players, crypto seems to have learned their lesson earlier.

National Journal/Charlie Cook on Conflicting Intra-Party Politics: In analyzing the contradictory dynamics in American politics, the rise of former President Trump tends to place the spotlight squarely on the Republican Party. However, the GOP is not the only major party struggling with its identity. Despite progressive candidates coming up short in this year’s nomination fights, the party’s approach to governing has been more Bernie Sanders than Blue Dog Democrat. While “the Squad” gets the headlines and dominates social media, center-left moderates are the ones winning elections. It is worth noting that President Biden is in the White House as a result of just 43,000 votes spread across Arizona, Georgia, and Wisconsin; Sen. Schumer is Majority Leader because of fewer than 56,000 votes in Georgia; and a combined victory margin of less than 32,000 votes in five districts provided the House seats that made Nancy Pelosi Speaker instead of Kevin McCarthy. Considering such narrow results, Democrats’ expansion of government’s cost, reach, scale, and ambition “is little short of breathtaking.” Based on what has transpired since January 20, the direction of the Democratic Party looks like what we would have expected from an Elizabeth Warren presidency, not a supposed moderate like Joe Biden. The lesson appears to be that no victory margin is now too small to claim a mandate.

Eurasia Group: Fiscal Policy is Going According to Plan for Everyone: Despite what you might hear on CNN, Fox News, or from armchair political analysts, this week’s Senate votes to pass a bipartisan infrastructure bill (the BIF) and a budget resolution were cold political calculations to ensure that all sides won. The 19 Republicans who voted for the BIF can say they are part of the solution to improving U.S. infrastructure; Republican leadership can tamp down talk of changing filibuster rules; President Biden gets credit for being a bipartisan leader; progressives move closer to enacting the Biden spending agenda; and moderate Democrats continue to straddle the fence—distinguishing themselves from liberal colleagues on culture war votes, while moving legislation that will massively impact their state or district. Although the Democrat controlled House will return in late August to vote for the budget resolution, the main event will begin in September when Congress will begin the real battle over funding the government, increasing the debt limit, and starting to draft the actual bills that could lead to another $3 trillion in spending.

Bloomberg Government: Lawmakers Await Redistricting Data: It’s that time of year again, or should we say that 10-year time again—the congressional line-drawing process is about to begin with the Census Bureau’s release of in-depth population data. Starting this week, state legislatures and redistricting commissions will begin crafting new congressional districts to be used for the next decade. With House Democrats protecting a slim, five-seat majority and Republicans in charge of redrawing more congressional maps, both parties will act as aggressively as possible against the opposition’s incumbents; the idea being to force many House members to run in unfamiliar territory, putting them at risk of losing their seats in either the primary or general election. In most states, partisan legislators and governors control the line-drawing process, and the goal is to secure as many seats as possible for their party. Republicans have the authority to redraw 187 districts compared with just 75 for Democrats; commissions and states with partisan splits will draw the remainder. In addition, Republican leaning states such as Texas and Florida will add new seats, while Democratic states like New York, Illinois, and California will lose seats. There is no question that this decade’s redistricting process favors the GOP.

President James Garfield was fatally shot by Charles Guiteau in 1881 at the Baltimore and Potomac Train Station in Washington, D.C., which is now the site of the West Building of the National Gallery of Art. 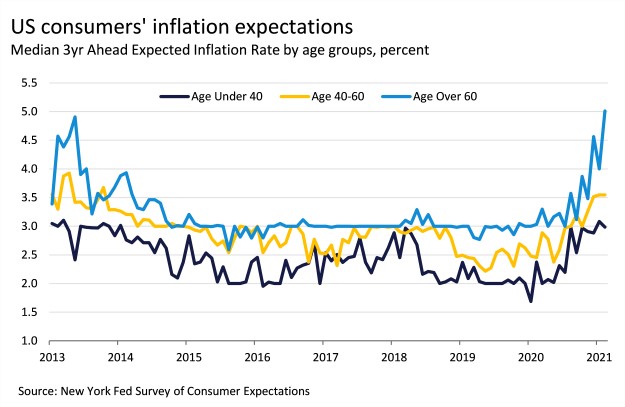